Explore the Meaning of Motherhood with these Performances

This Mother’s Day, we’re showcasing performances that shed light on what it means to be a mother. No matter the shape or size of one’s family, these stories of mothers and mother-figures express a broad scope of experiences that resonate with maternal relationships of all kinds.

Melinda Lopez’s nuanced one-woman-show captures the complicated relationship between a woman and her 92-year-old mother. A performance beloved by many who saw ArtsEmerson’s premiere production in 2016 or the 2018 remount at the Huntington Theatre Company, Lopez’s journey reminds audiences that there is no perfect method to care for a loved one. This play is a crash course in gracefully handling one’s shortcomings and fears to put family first. You can still stream Mala online with WGBH until this Mother’s Day, May 10. 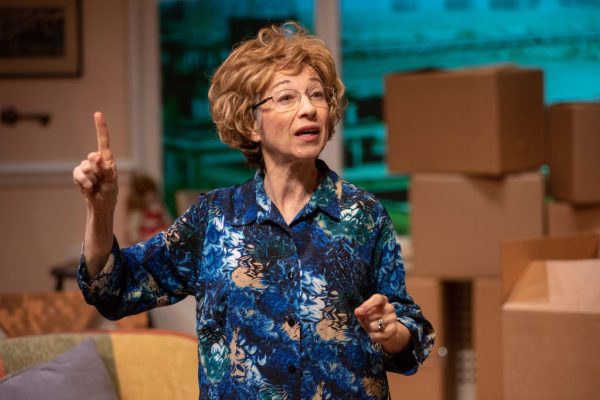 Ruth Westheimer is famous for her TV show, radio show, best-selling books, and she’s also brilliantly portrayed by Mark St. Germain in Becoming Dr. Ruth. As audiences saw in Annie Sullivan’s brilliant interpretation of Westheimer at New Repertory Theatre in 2019, there is a lot to be learned from a woman who is passionate about loving fiercely. Westheimer knows exactly how to help people connect, and her on-stage self does just that in Becoming Dr. Ruth.

Nominated for the Elliot Norton Award for Outstanding New Script, Hansol Jung’s heartwrenching play is the journey of a lesbian couple caring for their son after they adopt him from an unregulated online platform. Although they face skepticism at their ability to raise a boy without a father, Robin and Ash soar into their new roles with their core belief that every child deserves to be loved. If you missed Company One Theatre’s production this past winter, you could still check out the dramaturgy blog to read about the process! 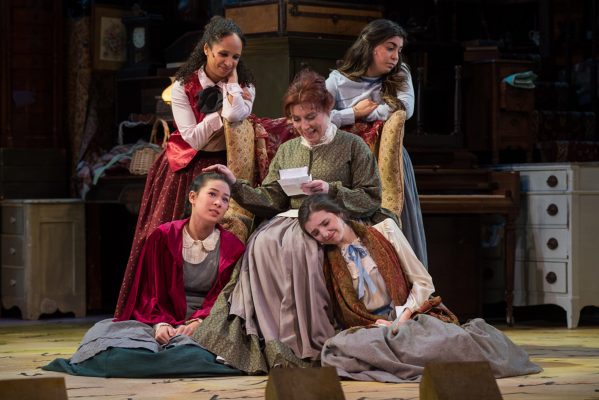 The cast of Little Women, the musical at Wheelock Family Theatre

Whether she’s captured in Louisa May Alcott’s brilliant prose, or by Laura Dern, portrayed exquisitely on the screen by Laura Dern, or on the stage by Boston’s own Leigh Barrett, the March’s Marmee has been adored for generations. The musical adaptation of Little Women recently brought to life at Wheelock Family Theatre, lifts spirits and warms hearts with stories of familial bonds and female perseverance. This Mother’s Day, you can listen to the soundtrack, recorded by the Original Broadway Cast, featuring the phenomenal Sutton Foster!

Recently announced as part of Merrimack Repertory Theatre’s 2020-21 season, Duncan Macmillan’s Every Brilliant Thing is an intimate theatrical experience. The leader on this journey is a woman who started a list of the things worth living for as a child when her mother was battling depression and kept adding to it as she grew older and started her own family. Also a hit at SpeakEasy Stage in 2018, this touching story is a meditation on what matters most, and what it means to share the joys of life with family. 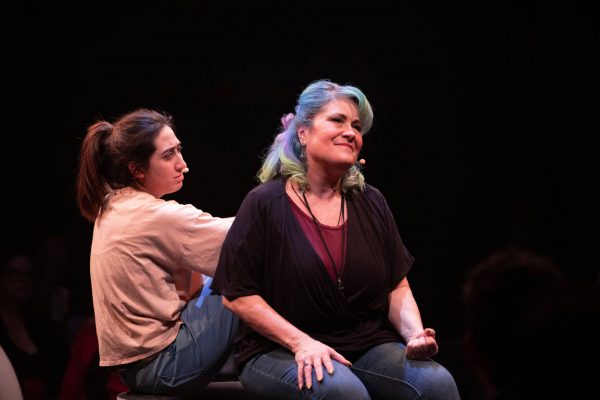 Another Company One hit that was co-produced with A.R.T. in 2019, Miss You Like Hell, is an epic musical story about a teenager on a quest to reconnect with her estranged mother. As they road-trip towards an impending immigration hearing, they belt it out, cruise along, and make new memories along the way. Song after song, collaborators Erin McKeown and Quiara Alegría Hudes craft an unforgettable mother-daughter love story that is worth listening to, especially at this time of year.