It’s an understatement to say that so much has happened in 2020 — the COVID-19 pandemic and the pandemic of racial discrimination in America have both caused incredible losses that are difficult to process, and we’re still in the middle of them. However, the changes wreaking havoc on daily living and the immense collective grief have led to new levels of strength and moments of triumph, specifically in Greater Boston’s arts community.

For an industry that has been so devastated by the loss of most live performance opportunities and public gathering spaces, the arts sector has pivoted and innovated in so many unexpected ways. Organizations have supported and uplifted each other; individual artists have used their voices to protest systemic injustices in the field; new innovations have led to increased access to the arts. Art has been used as a method for confronting today’s difficulties and also for escaping them.

We do not know what the future holds,  but great hope can be found in celebrating the accomplishments of our region this year. Below are some glimpses at the artistic and industry-wide progress made here in Greater Boston that has shown light into the darkness and will surely reverberate into 2021.

Expanding the Reaches of Public Art 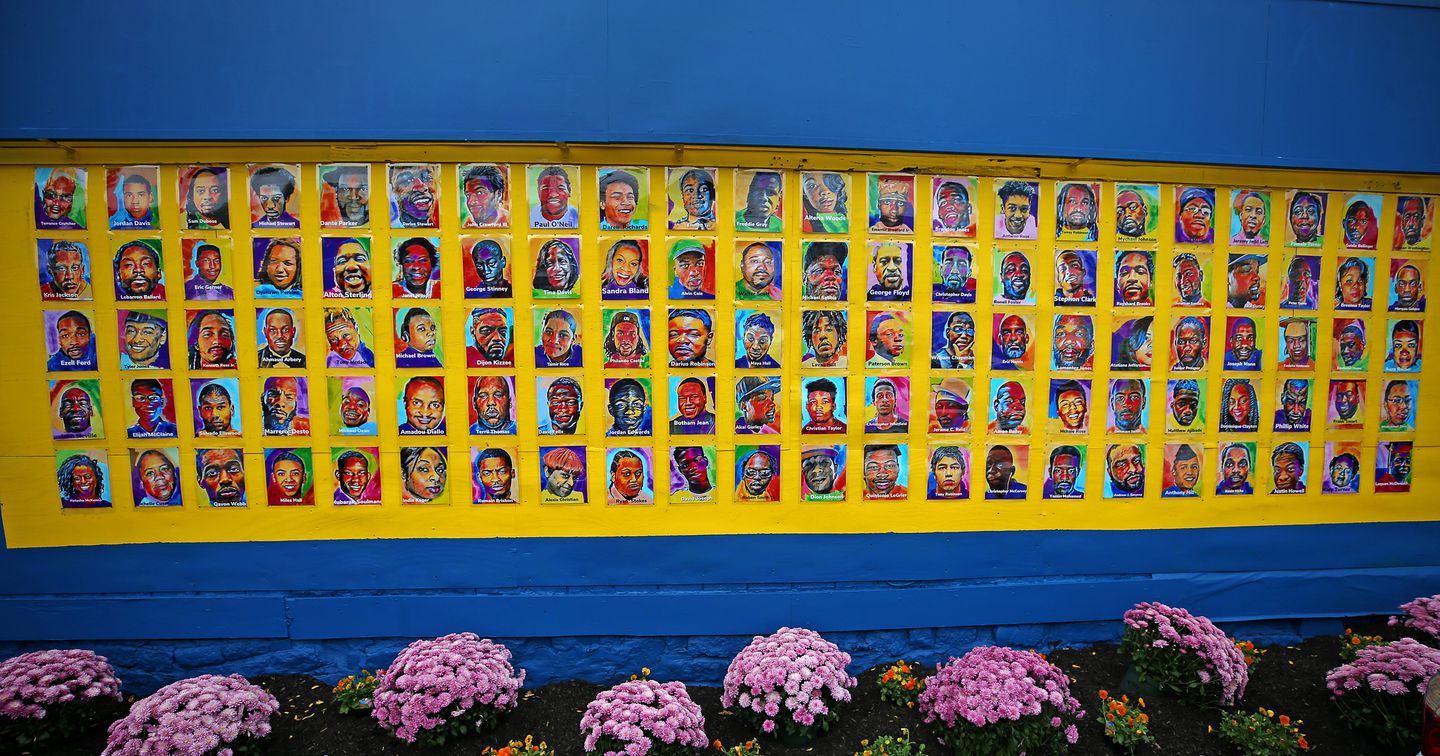 Boston’s public art installations have always been a vibrant part of the city, but this year showed just how essential art is to the experience of living life. The city mourned and expressed frustration when the Roxbury Love mural was taken down in July, but the experience provided an opportunity for residents to stand up for the value of pieces that unite communities by celebrating what makes them special. Art was used as a tool for the outpouring of support for the Black Lives Matter movement, with areas like Nubian Square and Bartlett Station Drive decked out with messages in bold yellow, making a statement of solidarity. Also notably, statues like Thomas Ball’s “Emancipation Memorial” and the Christopher Columbus statue in the North End started on the path to removal, in recognition that they uphold harmful images of colonization and slavery. So many projects were bright spots this year — Rob ‘ProBlak’ Gibbs’ new ‘Breathe Life’ at Madison Park High School, Yu-Wen Wu’s ‘Lantern Stories‘ in Chinatown, and installations throughout the Rose Kennedy Greenway. If you’re looking to experience more of the fantastic art coursing through the city, Diti Kohli and Grace Griffin’s map published in the Boston Globe can be used as a guide for noting the spots that you’d like to visit for moments of reflection or joy. 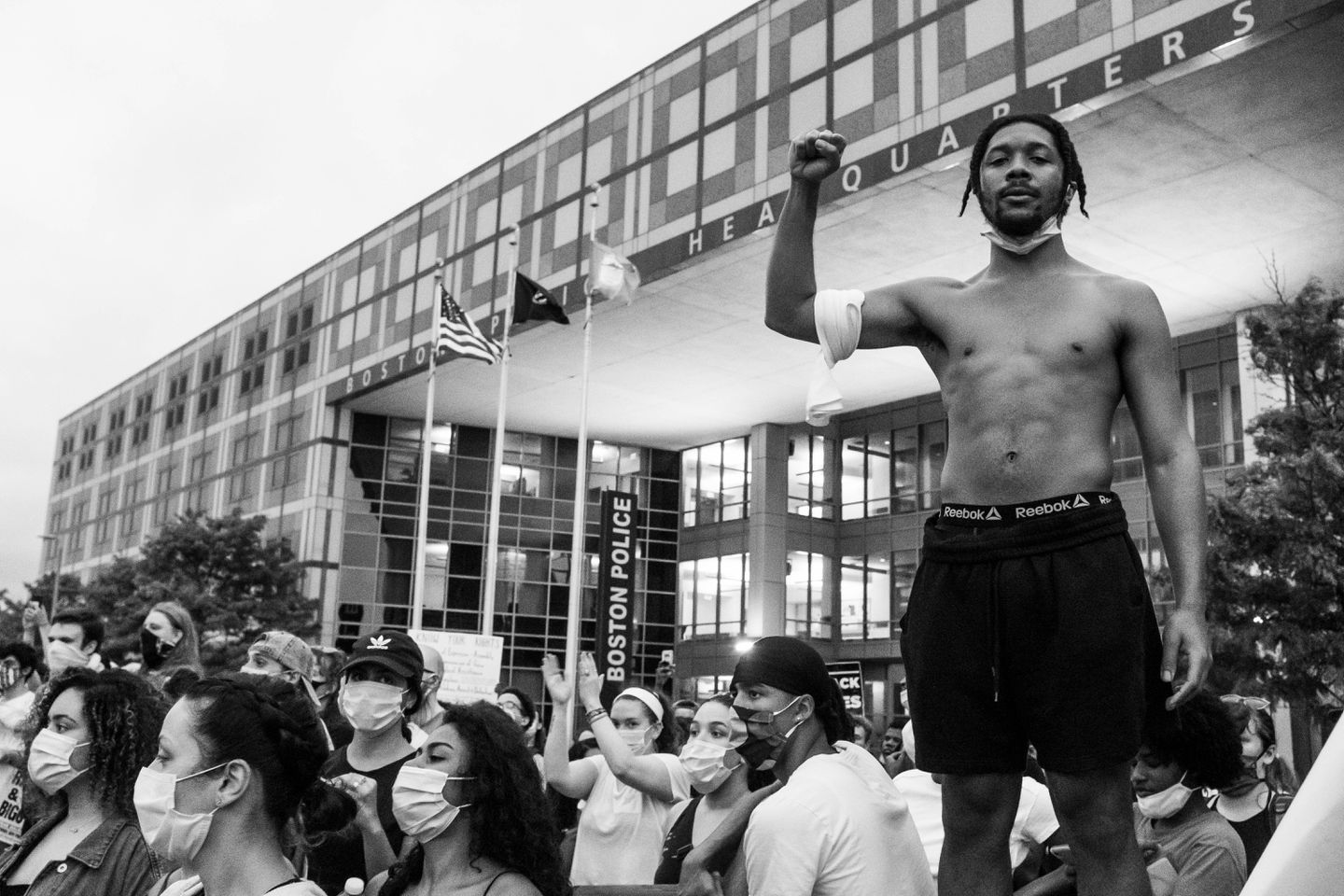 When the murder of George Floyd ignited outcries against racism and police brutality across the country, Boston’s artists were an essential part of communicating the messages of the movement clearly and with passion. Photographers captured all of the vulnerability, rage, sadness, and joy that were woven throughout the marches, demonstrations, counter-protests, and celebrations that sought to uplift and protect Black Bostonians. Artist OJ Slaughter’s “The History of Right Now” is essential viewing comprised of studio interviews, archival imagery, and protest footage that tell the story of the civil rights movement of Boston and its development to this moment. It’s worth acknowledging that their work has been essential during this time, and these artists deserve to be invested in for their talents that extend way beyond the moments of harrowing reality that their lenses have captured this year. 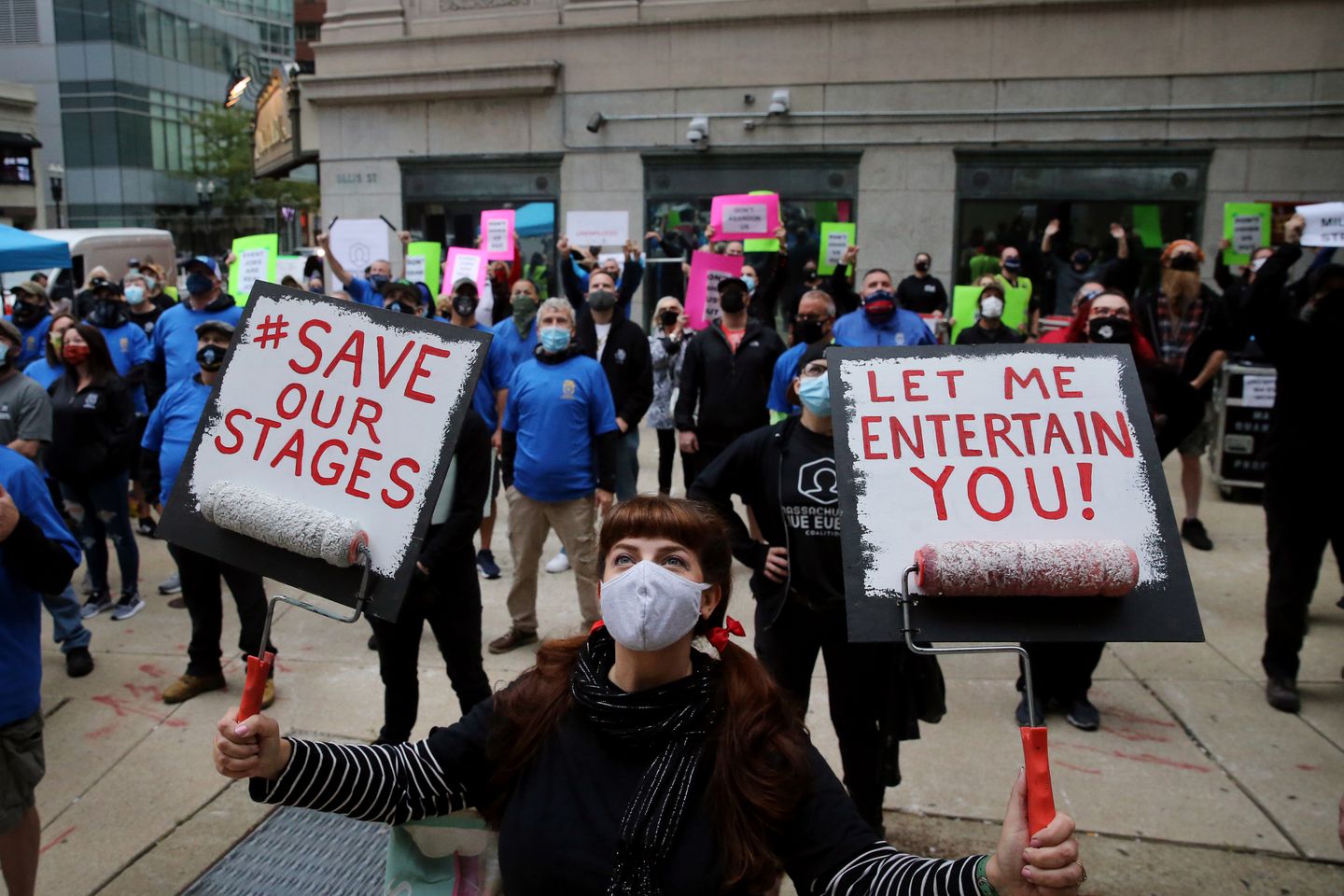 This year showed that being active in one’s community is absolutely necessary in order to build or rebuild equitable and just systems that can make life better for all. Not only did artists rise to the challenge of getting involved with democracy during the 2020 state-level and national elections, but they were also a critical part of spreading the message of the importance of voting, participating in the Census, and holding elected officials accountable. The inner-workings of Boston’s city government were highlighted in the documentary City Hall, illuminating how advocacy turns into action. The devastation to the arts and live events workforce meant that outside support was needed, and Boston’s artists did not let themselves be looked over, rallying together to publicly demand financial relief and other methods of sustaining livelihood during the pandemic.

Holding Ourselves and Each Other Accountable 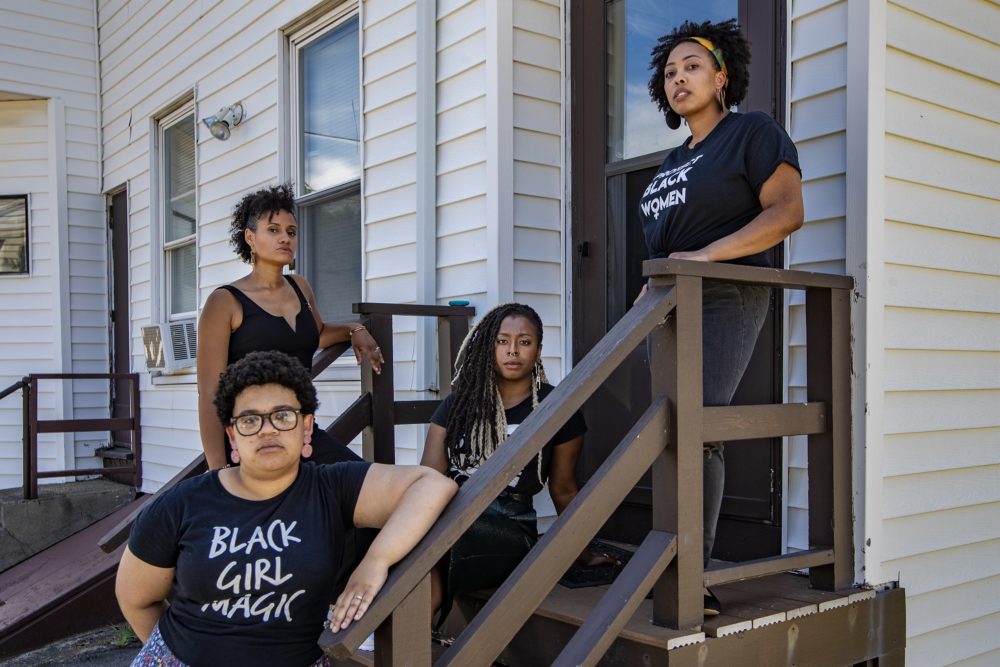 The city’s arts and culture community collectively realized during the moments of crisis and outrage in response to racism that many aspects of our sector do not function equitably for BIPOC artists and artists from other underrepresented identities. Many arts administrators and organizational leaders have admitted that they’re unfortunately late to the party of anti-racism work, but they have no shortage of resources, materials, and colleagues to help them dive deeper into biases and practices that are embedded in latent (and sometimes not-so-latent) prejudice. It’s been a period of deep listening — to the Black women who have been leading the charge for equity in the sector for years, to the artists who feel overworked and underpaid, to the individuals who are fed up with not being represented on our stages and in our media — and while it is counterproductive to rush progress, there are certainly steps forward being taken to make our arts community truly reflective of the vibrancy and diversity that has always made Greater Boston unique and beautiful. 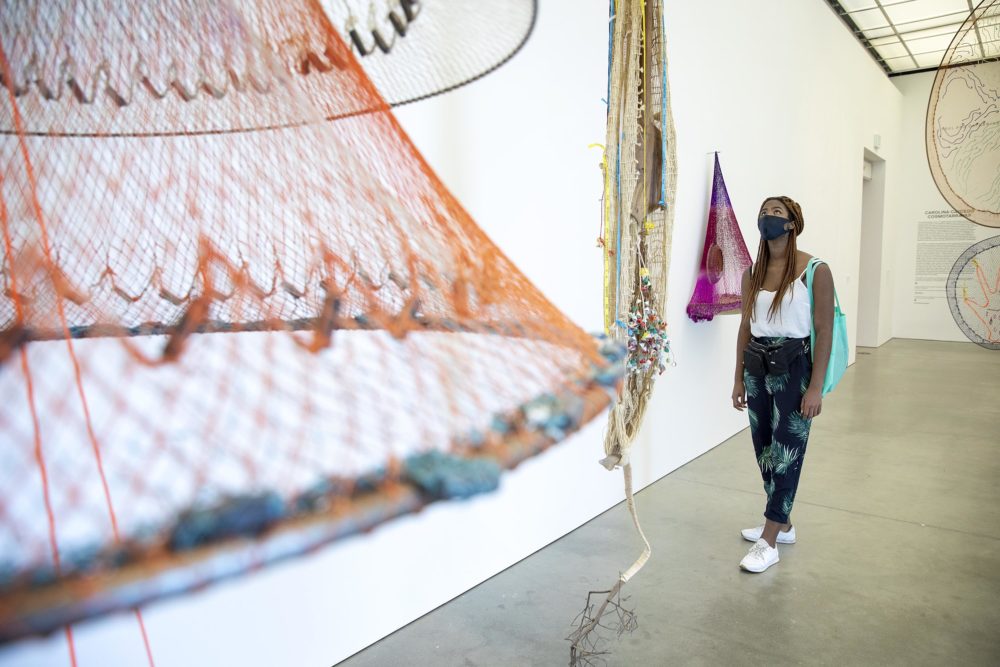 While navigating the guidelines and restrictions set in place by the state and city to keep residents safe, many arts organizations were able to uniquely adapt their offerings to allow for socially-distant art experiences. Live performances at Starlight Square were a novel innovation in Cambridge, and other outdoor performances like those on Boston Lyric Opera’s mobile stage accomplished feats of hard work to keep employees and audiences safe. Boston’s museums reopened with careful measures in place that still allowed for artists’ work to be relished by locals. Exhibits waited months behind closed doors for the eyes of art lovers, and the moment that some were able to make their way to the galleries and installations, it was clear that this part of cultural life was worth the extra distance to witness breathtaking and eye-opening art.

2020 is the year during which virtual performances skyrocketed to the forefront of artistic media. In the blink of an eye, when performances had to be closed and the ghost light illuminated on Boston’s stages, companies wasted no time in figuring out how they would continue making art. From larger groups like ArtsEmerson and their Together Apart series to the collectively-run Sparkhaven Theatre featured above, theatre and live performances ventured out into unknown territory. Many groups experimented with technology, like Company One Theatre’s Downtown Crossing, which depicted visual scenes where actors appeared to be truly interacting in person, instead of the reality of being miles, even countries apart. Boston Symphony Orchestra had a big year, starting with recorded performances at Tanglewood and culminating with their online version of the Holiday Pops, which expertly acknowledged current times while uplifting the evergreen spirit of the holidays.

What’s more, the question of why theatre performances aren’t more readily accessible on mainstream streaming platforms like Netflix or Amazon Prime had never been louder. Despite ongoing conflicts with performing arts unions, we saw some theatres make the jump to the small screen, allowing more folks from all walks of life to have access to high-quality performances. Many are now asking whether virtual performances will carry through into life post-pandemic, and regardless of how that transpires, it’s fascinating that this new medium may be a missing puzzle piece for narrowing the wealth gap in audiences in our area and beyond.

Without music, getting through isolation and distancing would be near impossible. For some, the workday has morphed into a seemingly endless wash of looking at a computer screen, and music can be a simple and beyond effective way to shift a mood, get physically active, or release pent-up emotions. And, Boston’s musicians had so much to offer us, with new albums coming out from artists like Anjimile and Latrell James, and online concert performances from artists across every kind of genre and discipline. It’s almost never been easier to enjoy music at home, with local classical music organizations arranging playlists of their past performances and recordings, and hip-hop artists and DJs hosting free and jubilant sessions on platforms like Instagram Live. Hearing sounds made by fellow humans will always be a meaningful experience, and by streaming or pressing play on recordings from favorite artists, we’re able to support them and celebrate them even from home.

Elena Morris (she/her/hers) is ArtsBoston’s Community Outreach and Marketing Manager. She is a dramaturg and arts administrator passionate about forward-thinking in the arts. Elena holds a BFA in Theatre Arts from Boston University, focusing her studies on dramatic literature and movement. elena-morris.com