As theatres stay dark at present to help combat the spread of coronavirus/COVID-19, excitement is still in the air about the near future when seasons’ debut. Last night, Lexus Broadway In Boston announced its 2020-2021 season, which includes blockbusters like Frozen and Hamilton, along with classic Broadway musicals like My Fair Lady and Jesus Christ Superstar, and much more.

Critics have called Frozen, “A can’t miss Broadway event” (NBC), and now it’s joining Disney’s smash hit musicals The Lion King and Aladdin on tour across North America! This musical is an unforgettable, magical adventure, which Newsday calls, “A serious megahit with amazing special effects, eye-popping costumes, and incredible performances.” It features the songs you love from the original film plus an expanded score with a dozen new musical numbers.

It’s a laugh-out-loud love letter to the theatre, based on the Oscar-nominated film. Featuring a Tony-winning book by Robert Horn and an outrageously witty score by 2018 Tony winner David Yazbek (The Band’s Visit, Dirty Rotten Scoundrels), this New York Times Critic’s Pick is a “hilarious, thoroughly modern Tootsie” (People Magazine) that’s “even funnier than the movie!”

All rise for Academy Award winner Aaron Sorkin’s adaptation of Harper Lee’s Pulitzer Prizewinning masterwork. The New York Times Critic’s Pick To Kill A Mockingbird is “the most successful American play in Broadway history. It has not played to a single empty seat” (“60 Minutes”). Rolling Stone gives it five stars, calling it “an emotionally shattering landmark production of an American classic,” and New York Magazine calls it “a real phenomenon. Majestic and incandescent, it’s filled with breath and nuance and soul.”

The Cher Show is 35 smash hits, six decades of stardom, two rock-star husbands, a Grammy, an Oscar, an Emmy, and enough Tony Award-winning Bob Mackie gowns to cause a sequin shortage in New York City, all in one unabashedly fabulous new musical that will have you dancing in the aisles!

Jesus Christ Superstar is an iconic musical phenomenon with a worldwide fan base. In celebration of its 50th Anniversary, a new mesmerizing production comes to North America. Appealing to both theater audiences and concert music fans, this production pays tribute to the historic 1971 Billboard Album of the Year while creating a modern, theatrical world that is uniquely fresh and inspiring.

From Lincoln Center Theater that brought you The King & I and South Pacific, comes “a sumptuous new production of the most perfect musical of all time” (Entertainment Weekly), Lerner & Loewe’s My Fair Lady.  Director Bartlett Sher’s glowing production is “thrilling, glorious and better than it ever was” (New York Times). “Every so often a revival comes along that reminds you how indispensable great theater can be” (NY1).

Ain’t Too Proud: The Life and Times of The Temptations is the electrifying, new smash-hit Broadway musical that follows The Temptations’ extraordinary journey from the streets of Detroit to the Rock & Roll Hall of Fame. With their signature dance moves and silky-smooth harmonies, they rose to the top of the charts creating an incredible 42 Top Ten Hits with 14 reaching number one.

Hamilton is the story of America then, told by America now. Featuring a score that blends hip-hop, jazz, R&B and Broadway, Hamilton has taken the story of American founding father Alexander Hamilton and created a revolutionary moment in theatre—a musical that has had a profound impact on culture, politics, and education. 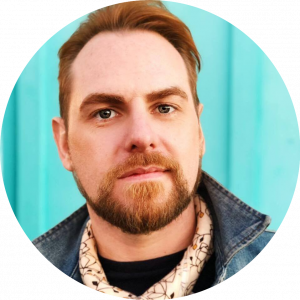