5 Plays that Capture the Meaning of Passover

For Jewish families across the world, this year’s Passover traditions may look a little different. Whether your Seder was over Zoom or in-person with your family, there are many ways to observe this holiday. Passover is the Jewish celebration and commemoration of the ancient freedom from bondage in Egypt by the prophet Moses.

While its a uniquely Jewish festival, at its heart, Passover is a celebration of, and a meditation on, freedom. Many playwrights have used Passover as a device to explore themes around liberty and family, so we’ve gathered a list of plays that tell stories of Passovers past and present. These plays show that regardless of your identity, anyone can learn lessons about history and family from these works of theatre rooted in tradition.

We All Fall Down by Lila Rose Kaplan

A Westchester matriarch attempts to bring her nonobservant Jewish family together to celebrate their first Passover together. The family’s efforts to get their festivities up and run the range from absurd to heartbreaking. Kaplan’s play, which had its world premiere at the Huntington Theatre Company in January of this year, asks if religious traditions are an essential part of familial connection and illuminates the importance of sticking together. 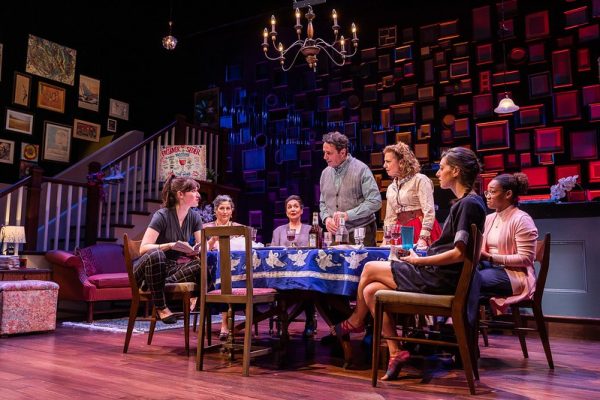 The cast of the Huntington Theatre Company’s production of We All Fall Down, playing January 10 — February 16, 2020, at the South End / Calderwood Pavilion at the BCA. Photo: Nile Hawver

In Every Generation by Ali Viterbi

In a story that spans four millennia and several generations, one family celebrates Passover time and time (and time and time) again. Their traditions ever-constant, but times, circumstances, and peoples’ opinions continue to change. As the family re-enacts the Exodus from Egypt, they ask themselves if trauma defines them, and if they can ever indeed be free from it. Viterbi’s play, which was workshopped by the National New Play Network in 2019, daringly captures a journey of discovery of what it means to be Jewish as the years go on.

When a young woman’s father doesn’t let her and her friends go to a graduation party, the only way to change his mind is to unleash a series of plagues. Hayet’s main character uses tradition and culture as her tools to get what she wants, and the father-daughter antics that ensue are priceless. This play is a hilarious take on the Passover story, perfect for all ages, and you can read it here on New Play Exchange! 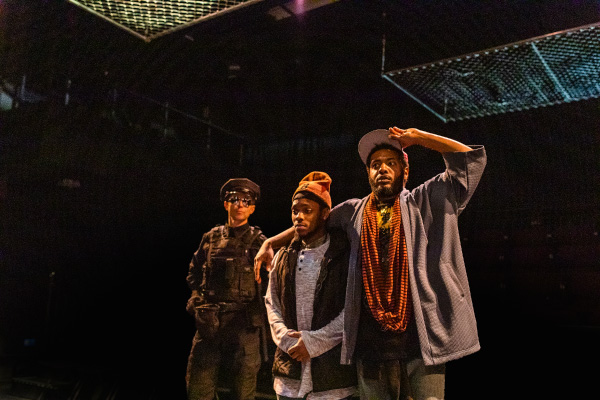 Pass Over by Antoinette Nwandu

As recently seen in SpeakEasy Stage Company’s production, Pass Over is a searing take on the effects of historical and modern injustices that black communities face in America. Two young men, Moses and Kitch, go about their day on a city corner, fearful of racial violence, yet dreaming of a Promised Land free from oppression. As we watch them pass the time, we recall the disheveled duo of Samuel Beckett’s Waiting for Godot. We see traces of the Israelites escaping Egypt weaved into a drama that brings to light the tragic reverberations caused by slavery that still plague society today.

The Whipping Man by Matthew Lopez

The Whipping Man captures the time of Passover at the end of the Civil War. A young, wounded Confederate officer of Jewish heritage returns home to find his family home occupied only by two former slaves. As the three men recover and recharge after this tumultuous period, they attempt to celebrate Passover together with a traditional Seder. They grapple with the complicated parallels between a holiday which commemorates the freedom of Jewish slaves of the past, and the wounds caused by Jewish slave-owning that had only just ended. Read the program New Repertory Theatre’s 2014 production here!