When you think of ‘film’ and ‘Boston,’ you might think of the numerous Hollywood movies from the last few decades set in our city. Good Will Hunting (1997), The Departed (2006), and Spotlight (2015) all found success at the Oscars during their respective seasons. The north shore has made a splash in Hollywood, too, with 2016’s Manchester by the Sea and the 2022 Best Picture winner CODA.

Notably, most of these films depict white Irish and Catholic communities in Boston, two major but non-representative sects of Boston’s incredibly diverse population. Where can other Boston communities find themselves on film? Beyond that, where can Bostonians watch and discuss outstanding films by international filmmakers of color?

For the past 24 years, the answer to those questions has been the Roxbury International Film Festival. A fixture of Roxbury’s arts scene and the Boston film community at large, the festival has welcomed over 40,000 attendees since its inception, screening more than 750 films. It is the largest festival in New England that celebrates people of color. As a vehicle for independent artists, it rejects the notion that Hollywood studios and big-name celebrities are the only avenues to great film.

“We stay true to our mission about supporting fiercely independent filmmakers. We’re really a filmmakers’ festival, and we’ll continue to be that,” says Artistic Director Lisa Simmons. “We’re focused on storytelling, especially stories that aren’t heard in mainstream media. That’s who we’ve started out as, and who we’re continuing to be.”

When explaining how films are selected for the festival, Simmons emphasizes the difficulty of deciding between the many excellent submissions they receive each year. Ultimately, she says, “it’s about what we believe our audience that we’ve come to know over the last 24 years is interested in seeing. Whether they’re emerging filmmakers or seasoned filmmakers, we want to see that they’re creating content that no one has ever seen before.”

In 2022 as always, RoxFilm’s selection committee chose films featuring a range of subject matter explored through many different genres. “We have a lot of films about relationships, the environment, films that look at social justice, and even climate change and how that affects communities of color,” Simmons says. She and her sister Alison, the Assistant Director of the festival, watch all submitted films, no matter the genre. Regardless of form or topic, the festival looks for films that tell particular stories, and tell them well.

In addition to screenings, RoxFilm began presenting Daily Script Reads in 2020, a lunchtime series of screenplays by local screenwriters read aloud by local actors over Zoom. Another pandemic-borne initiative is RoxFilm@Home, which will continue to offer festival films to viewers via a streaming platform this year. The festival has also included a competition element for many years, wherein filmmakers are honored with awards like “Best of Festival,” “Audience Favorite,” and the “RoxFilm Vision Award.” 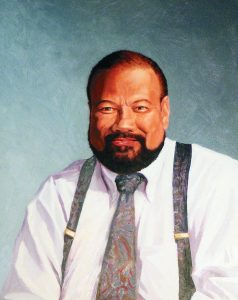 One special award called the Henry Hampton Award for Excellence in Documentary Filmmaking pays tribute to a great filmmaker with strong ties to the Roxbury community. Hampton founded Blackside, Inc. while living in Roxbury in 1968, which later became one of the largest minority-owned film production companies in the United States. He stayed active in the neighborhood until his death in 1998, chairing the board of the Museum of Afro-American History while concurrently developing his own projects. One of those projects is his magnum opus Eyes on the Prize, a documentary series which chronicles the history of the Civil Rights Movement. In 2021, the Henry Hampton Award was presented to Ailey, Jamila Wignot’s documentary exploration of famed dancer and choreographer Alvin Ailey.

Filmmakers from the Boston area and alumni of RoxFilm will showcase their work on June 25th, 2022 at Hibernian Hall. Among the seven films selected for the evening is InterGeneration, which follows eight inner-city teens working in communion with seven Boston elders at the beginning of the pandemic. Rosalyn Negrón’s film More than Mas’ transports audience members to the weeks of preparations preceding Boston’s Caribbean Carnival, and towards the end of the evening, Diego Smart Asap’s Call it Even imagines a future in which a Reparations Bill is passed and 41 million African Americans receive a $100,000 check in the mail. Live Q&As with the filmmakers will follow these screenings, providing opportunities for audiences to connect directly with artists.

“We are committed to representing these under-represented voices and stories, and we’re excited about bringing them to a wider audience,” says Simmons. “The connections made between audiences and filmmakers is something we are deeply committed to, and we’re so excited when it happens.”

Slowly but surely, Boston is becoming a destination for film lovers and filmmakers. Beyond its reputation as an atmospheric location for Hollywood mob movies, there is a heart of cinematic creativity and ingenuity that beats within the city. When you think of film in Boston, think of the fantastic independent creators who live and work here. And the next time you want a night at the movies, think of the Roxbury Independent Film Festival.

In-person screenings will take place from June 23-29, 2022 and will be hosted in a variety of locations, from the Museum of Fine Arts and Emerson College to Roxbury’s own Hibernian Hall and Dudley Branch Library. Digital screenings will be offered from June 27- July 2, 2022. Visit www.roxfilmfest.com for more information.