Like many in the early days of the pandemic, East Boston native and resident Tommy Guarino was looking for things to fill his time. The then-UMASS Boston student’s classes had moved online and though his schoolwork kept him busy, the usual opportunities for social engagement had come to a halt. So Guarino downloaded TikTok. He was intrigued–like its predecessor (Vine), the app featured short video clips from content creators based everywhere–from Boston to Bankok. Initially, Guarino used the app like many of his peers–to watch and share videos. But in September of 2020, on whim, he went out on a limb and made his first video–a short comedic clip about “people who say they’re from Boston, but really live in the suburbs.” After making the video, he closed the app and didn’t think anything else about it.

Overnight, the video went viral. Guarino’s short video garnered over 100K views in less than 24 hours. He thought he might be onto something. Over the next several months, encouraged by his tight-knit circle of friends, he continued to make more videos–most playing into well-worn Boston stereotypes. But Guarino’s wit and irreverent takes breathed new life into them. 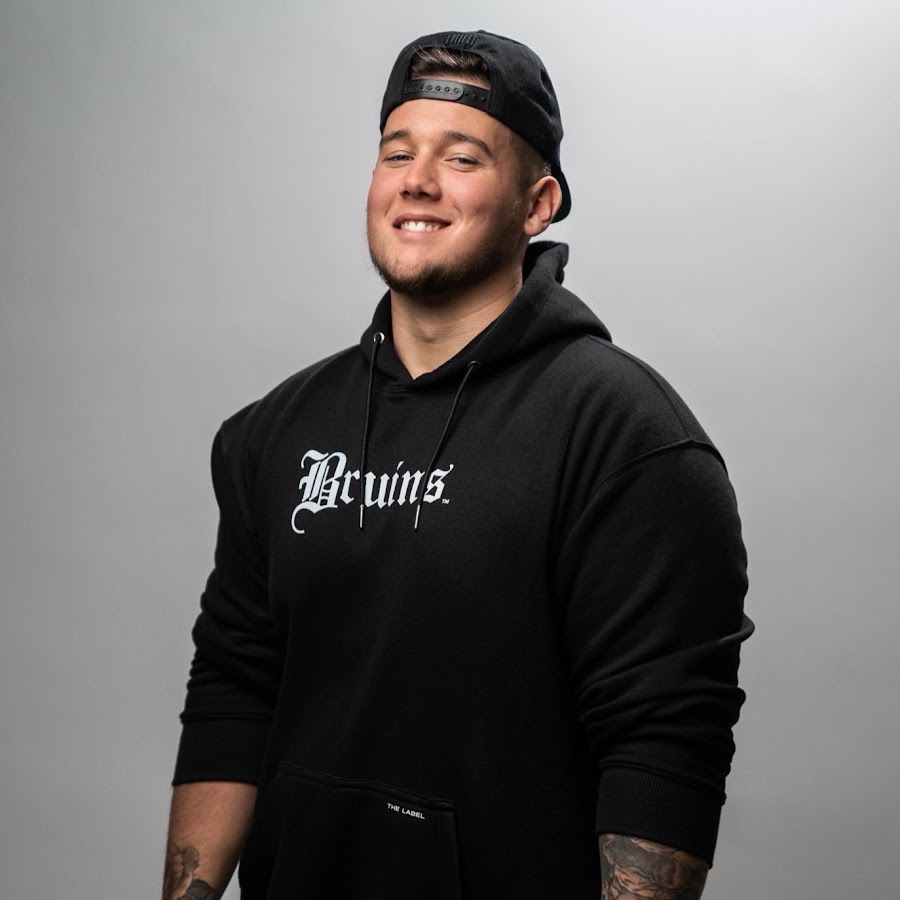 In an age where Internet “influencers” are strategic about amassing or even paying for likes, Guarino’s followers (now at more than a million!) have been garnered organically–but rest assured, the corporate sponsors have followed–including homegrown favorite, Dunkin’ Donuts. But as Guarino told me, in spite of the fact that over the last two years he has become a full-time content creator with an agent (and a financial advisor), he laughs when he recalls that it wasn’t until he appeared as a guest on the longstanding “Matty in the Morning” program that his extended family was assured of his success. This is something that any Boston native will understand.

Though online celebrity has given this aspiring writer/director access to some excellent perks–including meeting some of his sports idols like David Ortiz and Rob Gronkowski–he acknowledges the tradeoffs of being in the public eye. “I’m not completely comfortable being ‘on’ all the time but sometimes it is hard to live your private life in public.” He credits his family, close friends, and girlfriend for keeping him grounded and supporting him in all his endeavors.

I asked him when he developed a passion for making videos and he reflected back on the Flip Camera he received when he was about 9 years old. “Even then, I was making 5, 6, 7 minute movies and doing skits with my friends and I loved it. I have always been creative but back then, I just didn’t know where it could go,” he says.

Making comedic shorts on TikTok proved to reignite his childhood affinity for both writing and acting out characters. Now Guarino sees a future in writing comedy, directing, and maybe even doing some acting. But standup, that’s a path he doesn’t see himself taking. “I like being in the background more, to be honest—watching, brainstorming, plotting out my sketches—but never say never!”

Dream collaborators include that certain Beantown duo that we all know and love (Ben Affleck and Matt Damon, take notice!). “I grew up watching movies like Good Will Hunting and The Town, so I would love the chance to work with them someday.” But until Hollywood comes calling, Guarino is staying busy with numerous collaborative projects including work on a creative agency that will launch later this year.

Even with his newfound Internet fame, Guarino’s thinking is long term. In addition, he has stayed true to his Eastie roots–still living on the second floor of the three-decker that has been in his family for decades. He speaks with pride about his neighborhood which he describes as Boston’s “Hub of food.”

And his enthusiasm for East Boston is palpable as he describes its culinary offerings and its flourishing artistic community. He speaks with fondness not just about the rise in public art projects—like the six new murals commissioned through a partnership between HarborArts and the PangeaSeed Foundation (including Silvia Lopez Chavez’s vibrant “Rise” mural), but the live music, and the cultural diversity. “I really think that East Boston is the place to be,” he says. “And the diversity is one of the things that really makes it special–you don’t find that everywhere in Boston.”

After talking to him, I’m ready to hop on the Blue Line and head out exploring. And we hope you will too! Check out ArtsFinder’s East Boston page for the latest arts and culture offerings in the Boston neighborhood that arguably offers the best city views.

Guarino joked “everyone knows I’ve never missed a meal,” so here are some of his favorite local food establishments to check out: